A little bit of AI: Bayes. To infer from experience.

Never before must we be able to read and interpret data for our own good. From the biological sector to the medical sector, from the political sector to the financial sector, the current crisis shows that interpreting data quickly and correctly is fundamental for our very survival. Starting from data, our approach can be basically of two types: we can consider data as the effect produced by a given cause (deductive approach) or we can find the most likely causes from it (inductive approach).

In reality the phenomena are complex and the “cause-effect” relationship is often not so evident or there are many (too many) causes at the origin. Therefore, in order to find the most likely solution, the classic “cause-effect” approach is not satisfactory. Let’s try to change paradigm and take the challenge of knowledge through an inductive approach.

In this article we talk about one of the methods, taken from Artificial Intelligence, suitable for doing this: Bayesian Inference. Starting from the data, the Bayes theorem allows to calculate the likelihood of the causes, in terms of probability and thus allows to set the basis of any scientific research.

The process of knowledge starts with the observation of data. Following the inferential inductive reasoning, we can estimate what is the probability that they are the effect obtained at a certain cause. That is, we assume that our observed data is an event (E2) that occurs with the highest probability after the occurrence of a cause event (E1).

The conditional probability formula is:

For the compound probability the denominator becomes:

The classical approach, by which an observed event is the result of a given cause, defines the observed phenomenon as: P(Effect|Cause)

We change our perspective and we deduce the probability that observed data is the result of one physical phenomenon rather than another.

It is Bayes’ theorem that allows us to reverse the expression and deduce the probability of a certain cause as the origin of the observations: P(Cause|Effect).

end it allows us to easily identify the relationship between events A and B in this way:

Bayes’ theorem helps to know the probability of a disease if a person has a certain sign.

In scientific terms, it allows the transition from pathology to medical diagnosis and provides the basis for the subsequent process of decision making.

An example with Microsoft Excel

Let’s consider a test designed to detect the presence of a virus. To do this we make the following hypotheses:

We calculate the predictive value of the positive test, i.e. the probability of being infected for a patient with a positive test. The same for negative test.

Using an Excel and Bayes’ formula

From the different value of the results follow the correct decisions for diagnostic research.

Today more than ever, we can see that diagnostics and medical reasoning will be the challenge for the near future. But there are many fields that can benefit from medical diagnostics, such as finance, marketing,  management.

The goal of this short article is to present a different method of doing research applied to the study of the correlation of variables and which is part of the collection of AI methods. The Bayesian model is however a very wide argument and it is not possible to talk about it in a single article… if you are interested I will be happy to discuss it in new articles.

You can also read this article on Linkedin at this address: 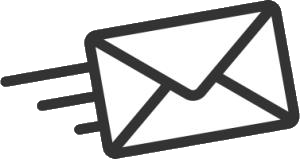 To stay up to date, follow us on social media or sign up for our free newsletter

{"cookieName":"wBounce","isAggressive":false,"isSitewide":true,"hesitation":"","openAnimation":"bounce","exitAnimation":"bounceOut","timer":"","sensitivity":"","cookieExpire":"","cookieDomain":"","autoFire":"","isAnalyticsEnabled":true}
This site uses cookies to make sure you can have the best experience on our site. If you continue to use this site we will assume that you are aware of it and allow itOkPrivacy policy